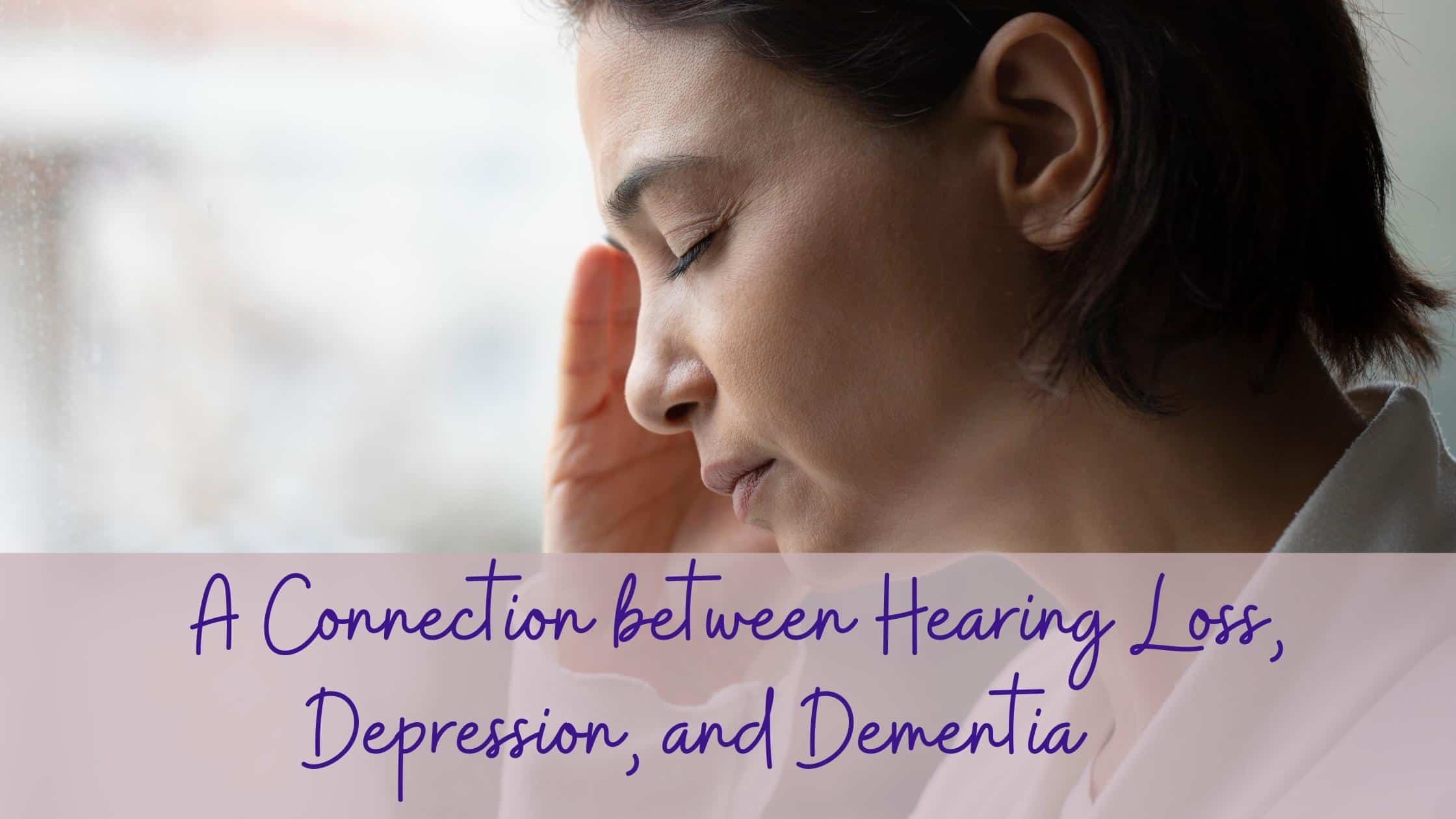 If you have recently been asking people to repeat themselves more than normal or struggle to hear over the phone this could be a sign you have developed hearing loss. What most people don’t understand is, that hearing loss is not just an ear issue but a communication issue, which can have resounding effects on your social life, success at work, as well as emotional, mental and physical health. As hearing loss progresses it can start to enforce depression, which can go on easily for years, when this condition is ignored. Even worse, many doctors and scientists have discovered very substantial connections between untreated hearing loss and a greater risk of developing dementia earlier, or at all!

When hearing loss starts to show itself it has most likely already been present for years. It starts subtly, making only specific tones and pitches hard to hear for individuals. As a result parts of words or sentences can be consistently missed in conversation, making social interactions between family, friends and co-workers strained. This is not only frustrating but can be incredibly exhausting as your brain scrambles to piece together and keep up with conversation with the limited information it can receive. The longer hearing loss goes undiagnosed the worse these symptoms can become. People often choose to avoid social interactions when they can, rather than subject themselves to the frustration and exhausting task of communicating with untreated hearing loss. Humans rely on social interactions to help them feel connected, try new things and stay engaged in the world. This is particularly true of seniors, which are the demographic most affected by hearing loss. Over time undiagnosed and untreated hearing loss can lead to chronic depression. Research shows that loneliness and social isolation can be as damaging to health as smoking 15 cigarettes a day, so it is important to do what we can to deal with hearing loss as soon as we suspect it may be impacting our emotional health.

Hearing Loss and its Impact on Dementia

As loneliness and social isolation continue to depression in part caused by hearing loss it can have devastating effects on the health of the brain. Hearing loss is often linked with dementia. In fact, a new report from the National Academies of Sciences, Engineering, and Medicine (NASEM) found that loneliness often caused by hearing loss increased the likeliness of developing dementia by as much as 50%! Dementia is classified as a host of symptoms, in which a person’s cognitive abilities decline slowly over time. As dementia develops it can be difficult for a person to retain long and short-term memories and carry out everyday tasks. Most people suffering from dementia eventually need full-time care. This condition is devastating for patients and their loved ones and while there is not a full understanding of how or what causes this condition many researchers suspect that the use of hearing aids to treat hearing loss can greatly lower a person’s risk of developing this devastating condition.

Hearing Aids to Slow the Development of Dementia

A study conducted by Frank Lin, M.D., Ph.D., an associate professor of otolaryngology and epidemiology at Johns Hopkins University, noted the mental abilities of 639 cognitively stable individuals over a 12 to 18-year time span. The results of this long-term study found that those with hearing loss were much more susceptible to developing dementia over this time span. In fact, the likeliness could be tracked by the degree of hearing loss. A mild hearing loss made patients twice as likely to suffer cognitive decline which could develop into dementia, but as hearing loss increased to moderate, the likeliness rose to 3 times as much. Severe cases raised 5 fold the risk!

Deal with your Hearing Loss Now

While hearing loss cannot be reversed it can be treated with hearing loss which can help you stay connected to the people in your life. A healthy social life is one of the greatest tools in the fight against dementia. If you suspect that you have even a slight hearing loss the time to act is now. The longer you ignore symptoms of hearing loss the greater the strain on your relationships and social life, leading to chronic depression and a much greater risk of dementia. The good news is that you don’t have to let it get to this point. Make an appointment with us to have your hearing tested today!