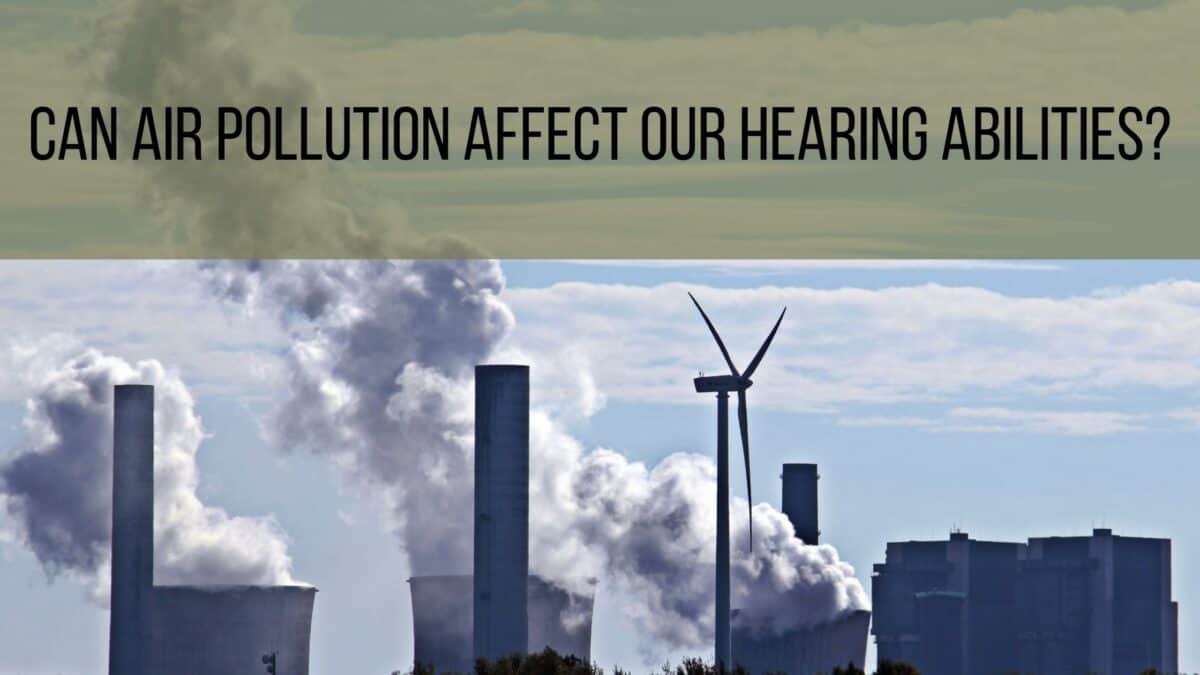 Many factors contribute to the likelihood of hearing loss. We know that lifestyle habits such as smoking or excessive drinking can lead to higher rates of hearing loss. Some factors are beyond our control, including many health conditions that have a high correlation with hearing loss. Did you know that your environment could even be contributing to hearing loss?

The Taiwanese study was published under the title “Increased Risk of Sensorineural Hearing Loss as a Result of Exposure to Air Pollution” in the International Journal of Environmental Research and Public Health. This paper used data from the National Health Insurance Research Database in Taiwan that surveyed 75,767 participants aged over 20 years. This group did not have a history of hearing loss, making them perfectly suited to the comparison between regions with different levels of air pollution. The study categorized locations according to low-, mid-, and high-level exposure to air pollution in the area. It turned out that those with mid-and high-level exposure to carbon monoxide and nitrogen dioxide in the environment did have higher levels of hearing loss, as well. The results were statistically significant, controlling for other factors that might be confounding the results.

What Accounts for this Difference?

The next task for the researchers was the understand what might lead these different groups to have different levels of hearing loss. Using what we already know about hearing loss was the key, and connections with other physical conditions were an important step. Statistics on smoking gave an important clue to the researchers. The tiny hairlike organelles of the inner ear, called stereocilia, are sensitive to slight changes in the vibration of fluid affected by sound. This sensitivity makes it possible to detect different frequencies and volumes, thereby enabling the body to process complex signals, such as speech. That sensitivity also makes the stereocilia prone to damage. When they are deprived of what they need to function, they can easily become bent, broken, or otherwise damaged.

What brings about this effect? Noise can overwhelm the stereocilia with too much pressure, causing them to break, permanently cutting off the receptivity to sound at that volume. However, blood that is depleted of oxygen and nutrients can also damage the stereocilia. Just as smoking and cardiovascular disease can prevent oxygen from making its way to the inner ear, pollutants such as carbon monoxide and nitrogen dioxide may have the same effect. It remains unclear if this is the mechanism connecting the ears with air pollution, but experts speculate that this pathway might lead to higher rates of hearing loss among those who are exposed to higher levels of pollutants.

What Can Be Done?

If you live in an area with high levels of air pollution? What can you do to prevent hearing loss? Advocating for public policy change to limit emissions in your area is one approach, but you can also pursue treatment for hearing loss as soon as it occurs. The first important step is to get a hearing test. When you have a hearing test, you will be able to track if hearing loss has already taken place. Even if you still have the full hearing ability, your baseline assessment will be useful in the future to understand how and when hearing loss occurs.

If you already have hearing loss, the good news is that treatment options are available. The new technology for hearing assistance is improving every day, and our hearing health professionals can consult with you about your specific needs. With hearing aids equipped to improve your communication ability, you can avoid many of the negative effects of hearing loss, so don’t put off your test any longer!