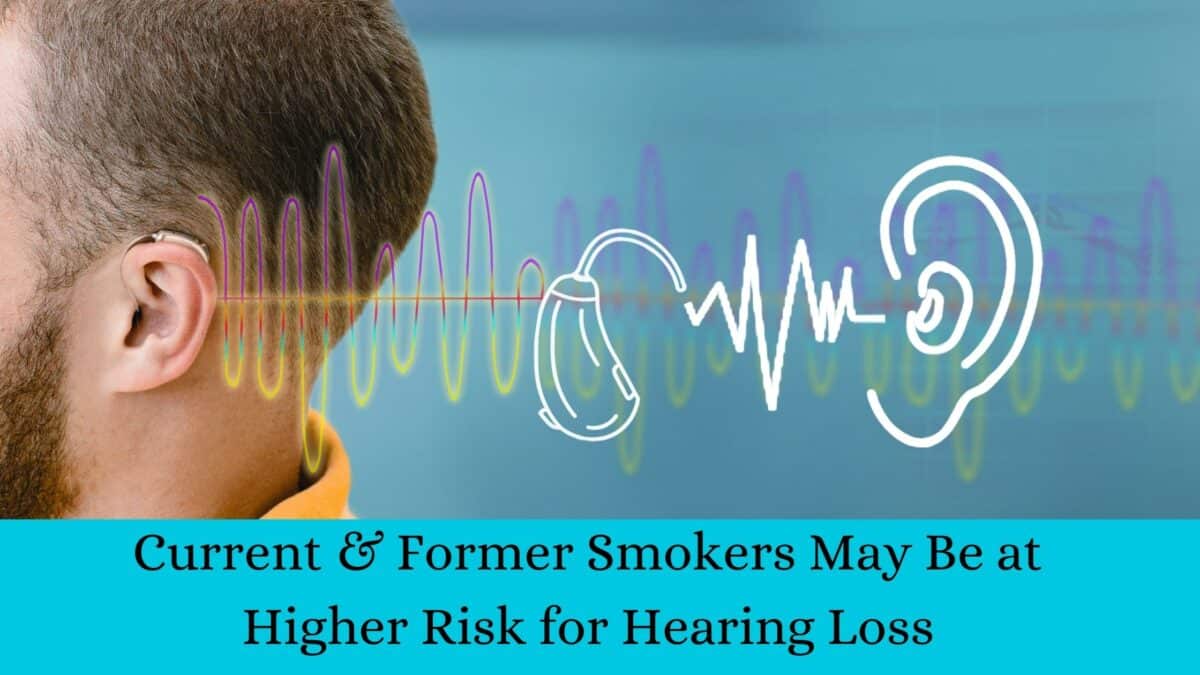 Hearing loss occurs as part of a network of connections in the body. When one thing changes, it can set off a domino rally of other effects in seemingly unrelated organs and systems. Some of our lifestyle habits can cause this chain reaction of effects in surprising ways. Smoking is one of these habits, indeed. It is intuitive that smoking might have an effect on lung health. You might even imagine a connection with the cardiovascular system that is tasked with delivery oxygen from the lungs to the organs of the body. However, how could your hearing be related to smoking?

Though it might not seem clear how smoking could affect something so disconnected in the body, these network effects mean that smoking can influence health outcomes in quite surprising ways. A recent study provides empirical evidence about the connection between smoking and hearing loss among women. It turns out that those women who were current and former smokers had higher rates of hearing loss than their counterparts who had always been non-smokers. Let’s take a look at this study, as well as the explanation that experts theorize between smoking and hearing loss.

The study was part of the American Nurses’ Health Study II from 1991 to 2013. This data set included 81,505 women, 2,760 of whom had hearing loss. This enormous data sample helped the researchers pull apart the effects of smoking with greater precision. Not only were they able determine that smokers had higher rates than non-smokers, but they also noted that the number of “pack years” was correlated with higher rates of hearing loss. The relationship with hearing loss tended to decline for those who had quit from 10 to 14 years prior to the study. The study was based on self-reported data on hearing loss, so it was difficult to know what severity of hearing loss was being described. Accompanying the self-reports with full diagnostic exams would be helpful to better understand how much worse hearing was, on average, among smokers or ex-smokers, including the relationship with the number of pack years among these women.

With these statistics in place, experts began to discuss possible relationships between smoking and hearing loss, and a few theories emerged. One of the dominant theories has to do with access to richly oxygenated blood. When a person is smoking, the lungs are less able to capture and deliver oxygen to the rest of the body. This lack of oxygen doesn’t lead a person to suffocate, but even incremental differences in oxygen levels can be enough to harm the organs of the body. The tiny hairlike organelles of the inner ear, called stereocilia, are particularly sensitive to a lack of oxygen. This sensitivity makes them able to detect slight differences in the frequencies of sound, crucial to their work in the hearing process. Yet, that same sensitivity makes them prone to damage, and oxygen deprivation is one of the factors that can compromise the functioning of the stereocilia. In this way, smoking might be indirectly related to hearing loss with oxygenated blood as the intermediary.

With these facts in mind, it comes as no surprise that pursuing smoking cessation is the right step. The sooner you quit smoking, the better able you will be to preserve your hearing in the future. The finding about higher rates of hearing loss among ex-smokers is particularly concerning, meaning that the sooner you quit, the better your chances of keep hearing ability in the future. If you have already begun to lose hearing ability, it is crucial to get a hearing test right away.

The sooner you have an assessment of your hearing ability, the better prepared you will be to face hearing loss in the future. Getting treatment can bring benefits to your hearing ability, indeed, but it has also helped people build strong relationships, physical health, and mental wellbeing, not to mention cognitive acuity. The first step is to get a hearing test, so why not contact our offices today? Particularly if you are a smoker or ex-smoker, connecting with treatment for hearing loss is an essential step.