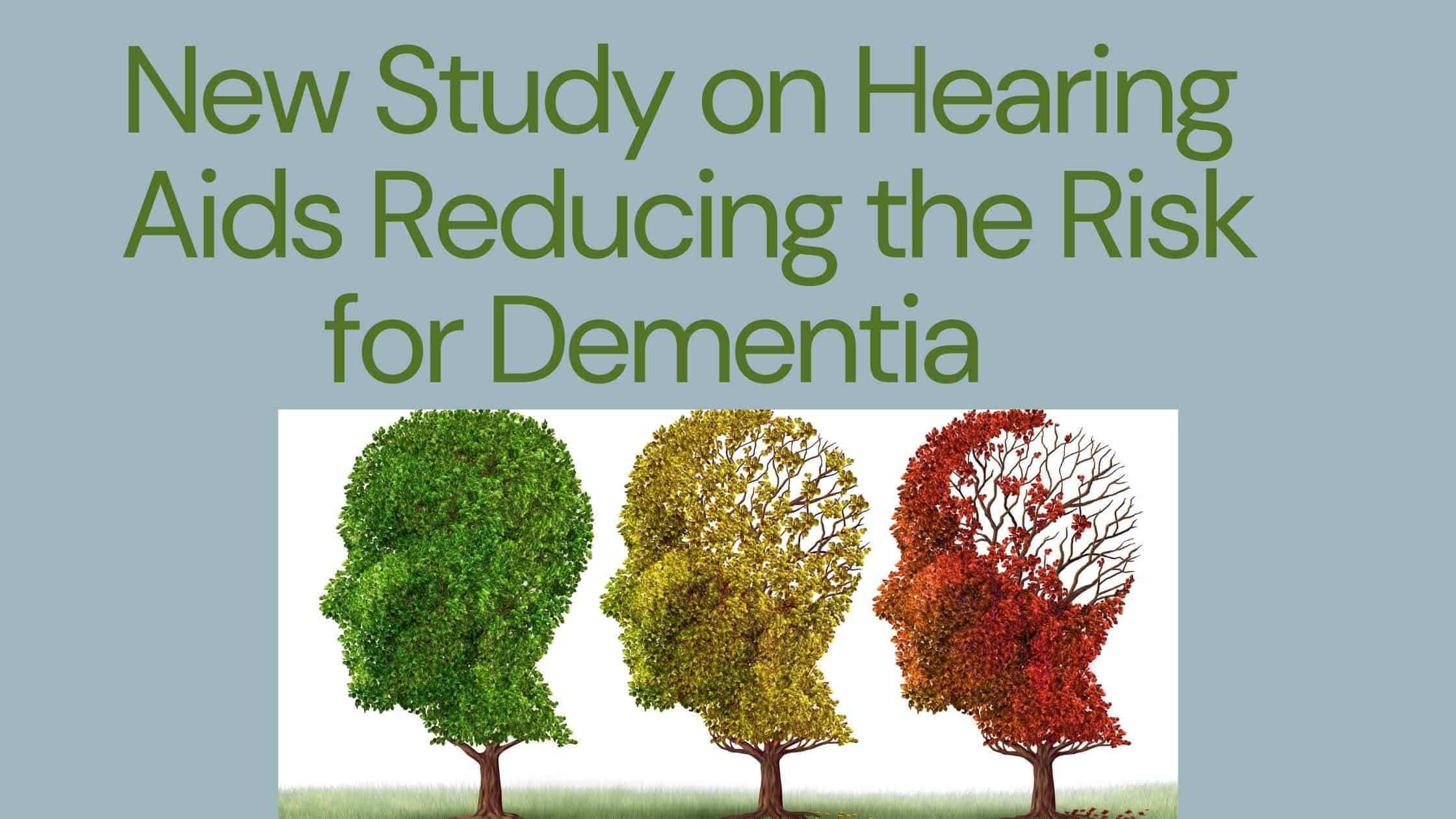 Although they both had a proportion of people with dementia, the group with hearing loss had a much higher percentage. Even when researchers controlled the groups according to demographics and other health measures, that additional percentage of people with dementia in the group with hearing loss posed a further puzzle. Why is this such a strong connection?

While researchers continue to investigate this question, they have discovered something else that proves the opposite point. Those who have hearing aids have a much lower risk of dementia than those who have untreated hearing loss. This finding provides further powerful evidence that there is something about the act of hearing that relates to dementia, going beyond random chance or age. Let’s look at this study to understand more about the connection.

The researchers in this study, based at Oxford University, Ulster University in Derry, United Kingdom, and Fujian Medical University Union Hospital in China, obtained data about the conversion from mild cognitive impairment to outright dementia. They also had data on how many people within the sample used hearing aids to treat hearing loss. They obtained this data from the National Alzheimer’s Coordinating Center on 2114 hearing-impaired patients. With this information in hand, the researchers were able to perform elegant statistical measures to understand how much more likely one group of people was to convert from mild cognitive impairment to dementia than the other group. The findings were quite conclusive. Those participants with mild cognitive impairment who used hearing aids were at significantly lower risk of developing dementia than those who were not using hearing aids. Although the statistical finding was clear, the researchers remained curious about the nature of the connection.

Beyond considering hearing ability, they are curious to understand the connection with verbal communication. When we listen to others speaking, we hear not only the sounds they make, but we undergo a nearly immediate process of transforming that sound into meaning. What feels like a constant stream of meaningful words entering our minds is actually a brilliant process of transformation. However, when a person doesn’t have the ability to make these transformations from sound to meaning, the brain becomes overloaded. In addition, the parts of the brain that do the near-automatic process of transforming sound into meaning can become unable to do the job, and that task is passed along to parts of the brain usually reserved for complex thought.

Many scholars believe that this process of overloading and reappropriation of brain mass can add up to a higher likelihood of dementia. By no means is it inevitable to develop dementia if you have untreated hearing loss, but the chances seem to be much higher. This finding provides better encouragement than ever to pursue treatment in the form of hearing aids. With aids in place most people find the process of verbal communication to be much easier, and that mental ease makes it possible to focus on other elements of complex thought.

Why not make an appointment today for a hearing test to see if you can benefit from hearing aids? Call us – we look forward to providing you with the best in hearing health care.