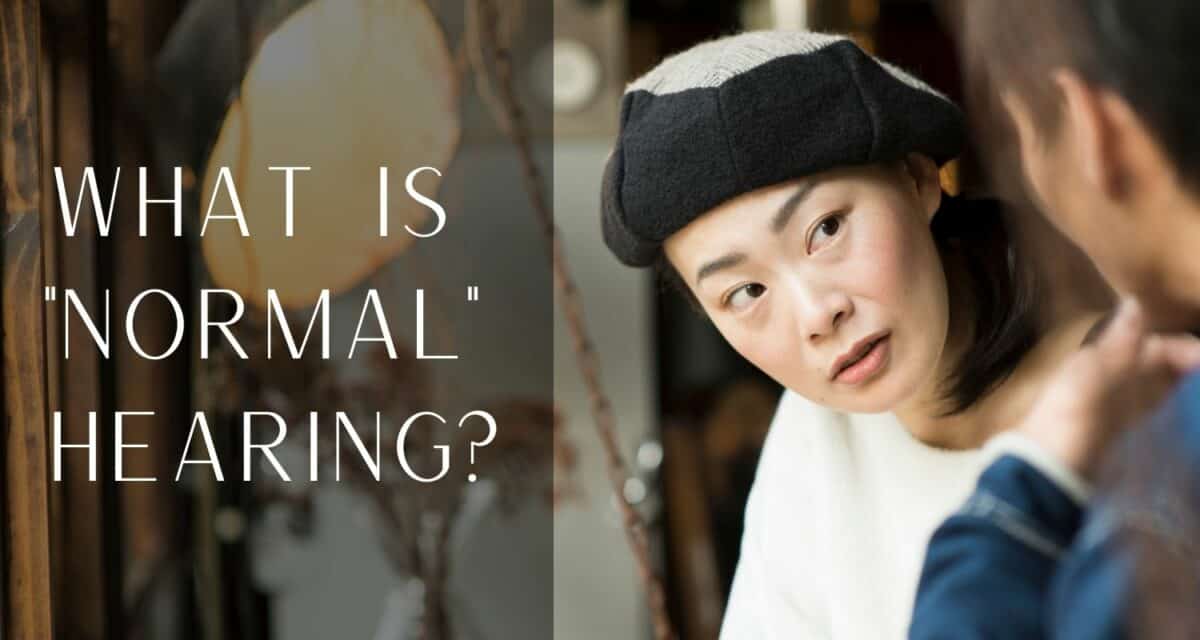 When we define something as normal, we are also defining other things as abnormal. Though this might seem a straightforward definition, the social process of deciding what is “normal” is quite complex. What was once considered normal behavior or performance might now be considered abnormal, and history is replete with examples of these changes in social norms. When it comes to the body, you might think that standards are more stable through history, but doctors and scientists have changed some of their definitions of normalcy, as well.

The definition of “normal” hearing ability is one of those standards that has remained the same for nearly a century, yet that standard is not tethered to changes in statistical averages. You might be surprised to find out how the prevailing definition of the normal hearing was decided—the 1933 World’s Fair! Let’s take a look at how normal ability was decided, as well as current shifts in hearing ability at the level of the global population.

It might seem straightforward to say that normal hearing ability is had by anyone who doesn’t have hearing loss. However, there are subtle differences in hearing ability from one person to the next. What is the threshold at which we say a person has lost their hearing? The standard we use today comes from a sample of thousands of people at the 1933 World’s Fair.

Audiological researchers at the fair used the opportunity to perform hearing tests on thousands of people. They used a similar type of hearing test that remains today. They played frequencies of sound at a range of volumes, asking participants whether or not they heard a sound. These researchers were interested in just how quiet a sound could be before a person was unable to hear it. Those with the sharpest hearing ability were able to hear very quiet sounds, while others needed sounds to be louder to be heard.

Although this standard was set almost a century ago, the average hearing ability within the global population changes with time. If you were to define normal hearing as the statistical average, then that moving target would reflect the likelihood of hearing loss. Looked at another way, if that same sample of hearing tests had been performed at other times in history or other parts of the world, the threshold of hearing loss might be different. For instance, hearing loss is increasing among young people, compared to the past.

The World Health Organization has noted this shift and has become concerned with reversing the trend. They have considered a wide range of causes of that increase in youth hearing loss, but the most probable cause is the introduction of new technology. Young people spend more time listening to audio through headphones and earbuds than prior generations did. Particularly when they are listening to moderate to high volumes, this sound can be damaging in a relatively short period of time.

We still use the same definition of normal and abnormal hearing, in part, to reflect these changes through time. By setting a standard that does not move, it is possible to show what percentage of people have hearing loss in a given time and place.

As technology continues to develop, it is essential to monitor how it affects our hearing ability. If you have children or young people in your life, don’t hesitate to have a conversation about their use of technology, such as headphones and earbuds. If you find out that your loved ones are using these devices at a high volume or for a long time, it’s time to encourage a change in behavior.

Keeping the volume at 75 percent of the maximum on a smartphone is a good rule of thumb, and taking regular breaks from listening can give your ears a rest from the sound of games, movies, music, television, videos, audiobooks, or podcasts.