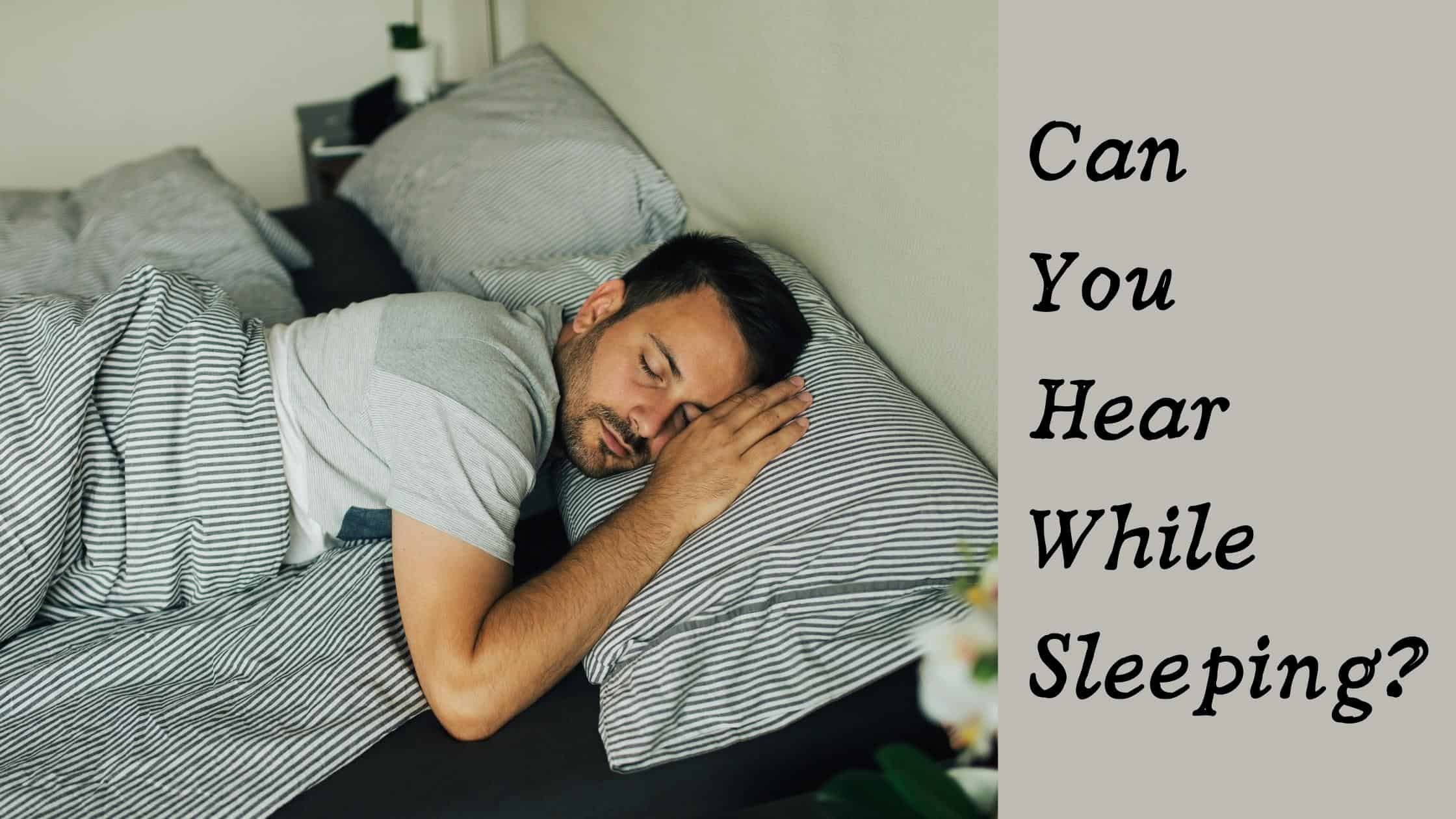 When you finally settle down for sleep, whether it’s for the night or a quick nap, you may think that you are not aware of the world around you. However, once you fall asleep, your brain is more alert than you might think. Particularly when you are first drifting off to sleep. As you enter deeper stages of sleep however, the ability to hear the outside world becomes distant. To understand how this works, it’s helpful to understand the stages of sleep.

The Stages of Sleep

There are four sleep stages you experience during a full night’s sleep and they have the potential to repeat many times. Most people experience four to six sleep schedules throughout the night.

Medical professionals long held the belief that when you sleep, you could hear nothing. However, researchers began to suspect that your brain could hear more.  They reasoned that a loud enough sound can pull someone out of sleep, meaning that the brain must be at least in part aware of auditory sounds even after we rest and regenerate. For instance, many parents will be able to sleep through a loud sound if tired enough but will wake up the moment their baby is crying.

A 2019 study in the Human Nature Behavior Journal examined how the brain manages sound during sleep. To better understand this they played two distinct voices simultaneously on headphones for the study participants – one was in English and the other voice spoke gibberish. This was meant to mimic a situation where more than one person is speaking at once, so the brain is forced to isolate the conversation you want to hear. By using EEG sensors to monitor brain activity the researchers were able to determine that even while sleeping the brain was more aware and responsive to the voice saying words vs. the voice that spoke gibberish. This confirmed that the brain was aware and still processing sound even when sleeping.

Can You Hear While You’re Sleeping?

The study found that the brain was able to hear sound in sleep and was even able to process and decide what it wanted to pay attention to. Finding showed that the brain was best able to hear sounds during Stage 1 and Stage 2. Researchers found that once the brain entered deeper sleep of Stage 3 and Stage 4 the memory of what was said was irretrievable. This however, does not mean that your brain doesn’t hear the sound but just that the memory is not there. This might explain why often sounds from the real world such as a telephone ringing, an alarm, or people talking often become integrated into some of our dreams.

Hearing in Your Sleep

When we sleep, our ears continue to work as they do when we are awake. Even though we technically hear with our ears, our brain acts as a filter and decides whether we should respond to the sound and wake up, or continue to slumber.  This might actually be a defense mechanism left over from days where we had to stay alert of predators and potential dangers in the wild, even while we rested.

Hearing loss affects one in eight people in the US. If you have a hearing loss it affects how your brain processes sleep whether you are asleep or awake. Make sure to have your hearing tested annually to avoid potential health issues down the road. Deal with your hearing issues today and rest soundly, knowing your hearing health is taken care of!