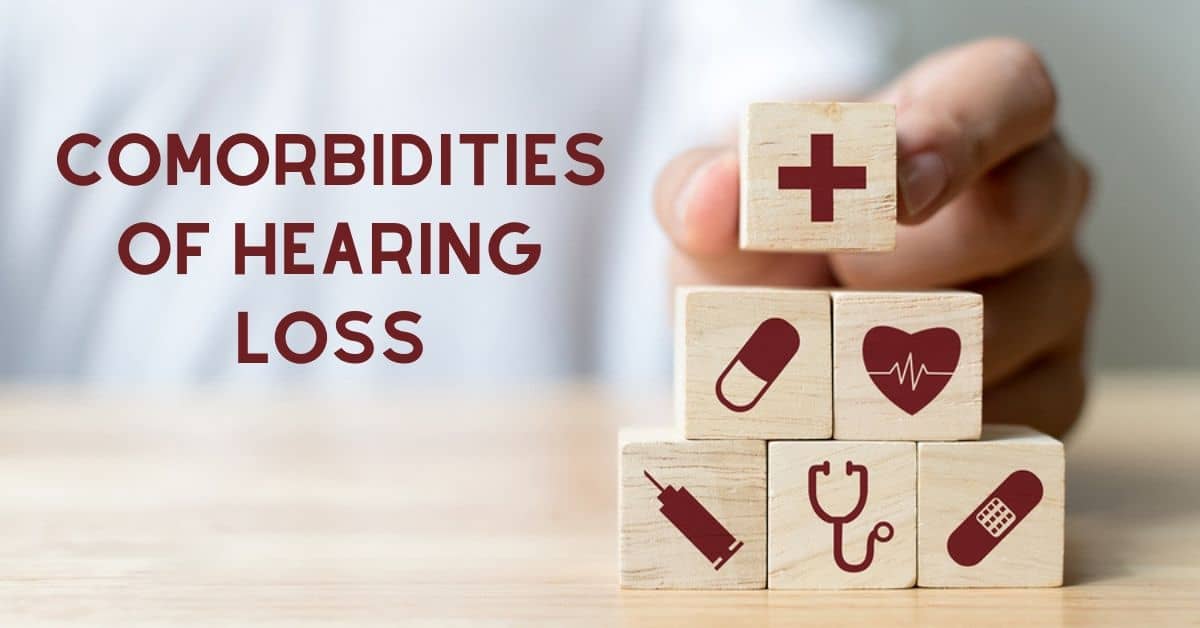 In the past 10 years or so, untreated hearing loss has been associated with such conditions including Alzheimer’s, depression, diabetes, falls, heart disease, hypertension and much more. Hearing is one of your senses, it’s an important part of your life. If not being able to hear the whisper of a loved one of the tweet of a bird in the morning doesn’t motivate you to call Desert Valley Audiology for a hearing exam – the comorbidities of hearing loss might!

In addition to the illnesses listed above, hearing loss has also been linked to fibromyalgia, anemia, psoriasis, rheumatoid arthritis, kidney disease and sleep apnea. The prevalence of hearing loss in the age group of 60 to 69 was 26.8%, according to surveys from the National Health and Nutritional Examination. The percentage jumps to 55.1 for the age group 70 to 79 and it’s at 79.1% for individuals age 80 and older. So, hearing loss is a highly prevalent chronic condition among seniors.

One comorbidity linked to hearing loss is loneliness or social isolation. A Johns Hopkins study examined individuals age 50 to 94 and found that younger age hearing loss individuals experienced greater loneliness. The also reported associated conditions including communication difficulties as well as emotional and mental health issues. Individuals involved in a study measuring depression were more likely to report depressive symptoms if they had hearing loss. The greater the hearing loss, the more severe was the depression.

Among the elderly, falls are the leading cause of fatal and non-fatal injuries and these falls lead to significant health, social, economic and emotional consequences. Fall are often fatal among the senior population. A study that reviewed falls associated with hearing loss found those with hearing loss were 1.4 times likely to have a fall and that increased with the degree of hearing loss.

Hearing loss is linked to more falls because studies show the brain is trying to compensate for hearing loss by working extra hard to process sound. This means there is less brain power for use in balance as well as avoiding objects and other issues that may cause a fall.

A study of 5,140 adults during a period from 1999 to 2004 found hearing impairment was more prevalent among participants who also had diabetes. People with diabetes were found to have increased odds of likelihood to be suffering from hearing loss as well as likely to be suffering from more severe hearing loss than those of the same age group who did not have diabetes.
And, the association between hearing loss and diabetes was actually stronger in individuals who were younger than 60.

About 640 individuals participating an aging study were followed for 12 years and during that time, 58 cases of dementia were diagnosed as well as 37 cases of Alzheimer’s. The risk for these two conditions increased with the severity of hearing loss. A similar study several years later found hearing loss was an independent predictor of developing dementia and hearing impairment may indeed be a marker for cognitive dysfunction in adults 65 and older.

Age-related hearing loss should not be considered a benign consequence of aging due to the relationships between hearing loss and conditions that can be fatal. More and more medical associations are now encouraging health care professionals to include recommendations to elderly patients that they consult an audiologist and get hearing conditions treated as part of an over-all health regime.

The caring professionals at Desert Valley Audiology stand ready to help you stay on a path towards better health and long-life by getting a hearing evaluation and getting treatment for hearing loss.