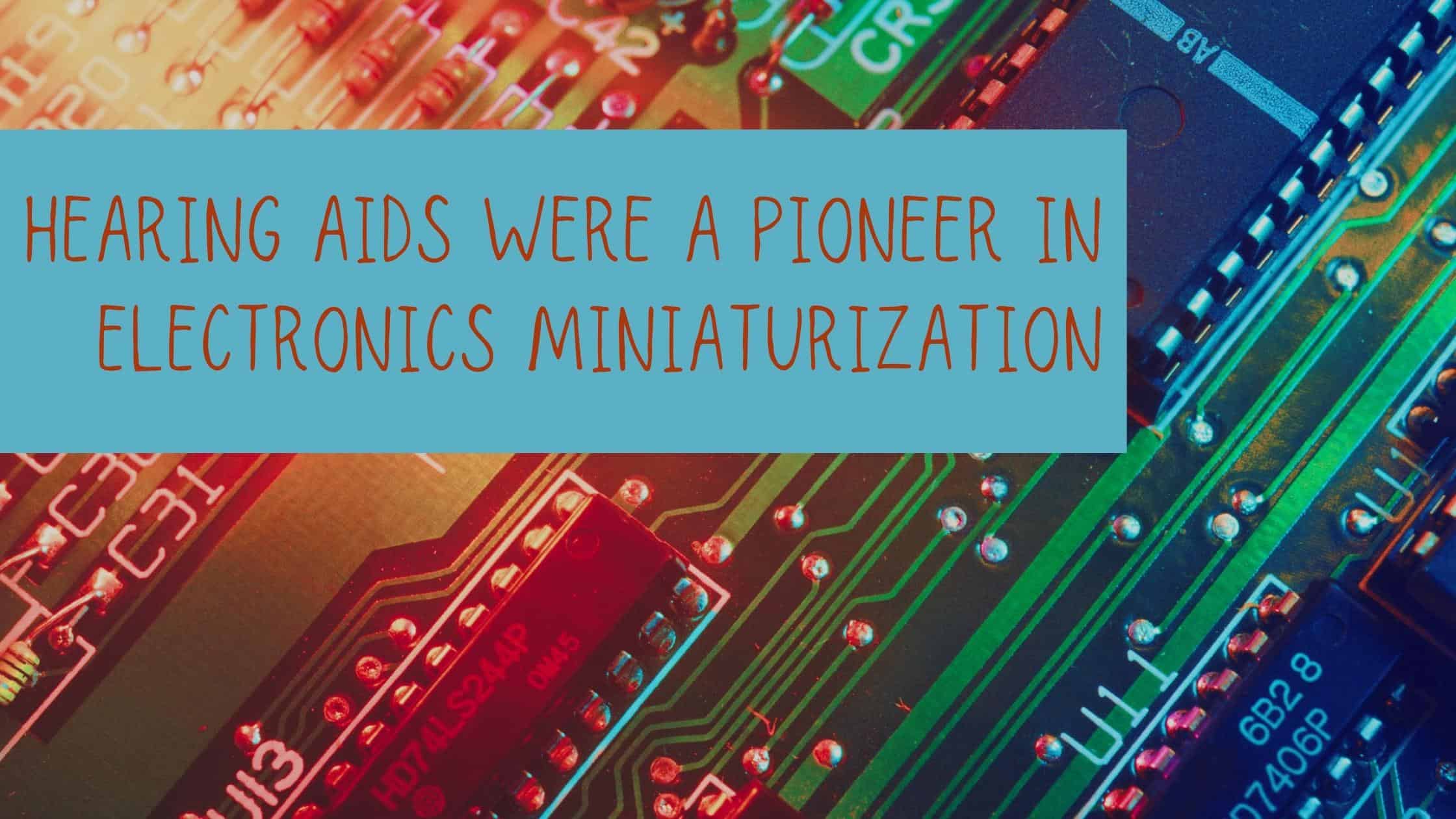 Time’s arrow marches on, and one thing is sure: hearing technology marches alongside it. For hundreds of years, attempts to repair hearing loss have been made since the first individual cupped a hand behind one ear.

The good news is that hearing aids and other assistive listening devices have come a long way from the early attempts to improve hearing. For one thing, they’re smaller than ever. But the tiny devices we see in and behind the ears of those with hearing loss today are a relatively new phenomenon.

Surprisingly, hearing aid designers turned out to be the pioneers in electronics miniaturization, not just for hearing aids but other electronic devices like smartphones! Hearing aids had to reduce in size to fit into the outer ear. They also required battery power, even though portability wasn’t an option for many other gadgets at the time.

Let’s take a look back at some pivotal occasions in the history of hearing aids that paved the way for today’s compact gadgets.

Before hearing aids were small, they were big.

Mara Mills, a historian of amplification technology at New York University, is a sound scholar who, in her in-depth history of hearing assistive technology, highlights vital crucial milestones in the evolution of miniature technology.

Electronics were too large to be worn in the outer ear before WWII. Hearing aids were rudimentary sound amplification devices, but they were huge and noticeable. According to Mills, the stigmatization of hearing loss led to a need for small gadgets that were less visible to the naked eye. The transistor was used to meet the growing demand for compact hearing devices among consumers.

The arrival of transistors

Before the advent of the transistor, electronics relied on high-voltage circuits to function. They could only output as much voltage as they received on input before that breakthrough. However, in 1947, at AT&T’s Bell Labs in Murray Hill, New Jersey, John Bardeen and Walter Brattain experimented with conductors that would allow them to produce an output voltage more significant than the input voltage.

Hearing aids become conceivable in the smaller size we know today because of the capacity to convert a small quantity of voltage into a more powerful signal. Physicist William Shockley saw potential in this technology and wondered if “transresistance” could be developed, which would allow voltage to be amplified rather than limited. Indeed, the transistor was born out of this process, and it cleared the way for the potential of amplification within a small size device.

Even though the transistor made the idea of a hearing aid viable, it took a long time for the whole assembly of microphone, receiver, and speaker to be small enough to fit into the outer ear, let alone the tiny devices we have today that are completely hidden in the ear canal. Deaf and hard-of-hearing people were essential in creating a compact assembly, especially as they were being discriminated against by the hearing world.

The integrated circuit, which initially emerged in hearing aids but is now widely used, was required for this tiny assembly. This microprocessor, which was developed from 1959 to the 1970s, allows you to do more than utilize a transistor as an on/off switch; it also allows you to control sound in some of the ways we see today.

While many other manifestations of similar technologies now, such as tiny electronics that were inconceivable before WWII, Mills argues that the hearing aid is still a pioneer in the miniaturization of technology.

Hearing aid manufacturers and innovators have helped millions of people with hearing loss improve their hearing discreetly and on their terms. If you’re one of the many people who value discretion in your hearing aid choices, get in touch with us today!