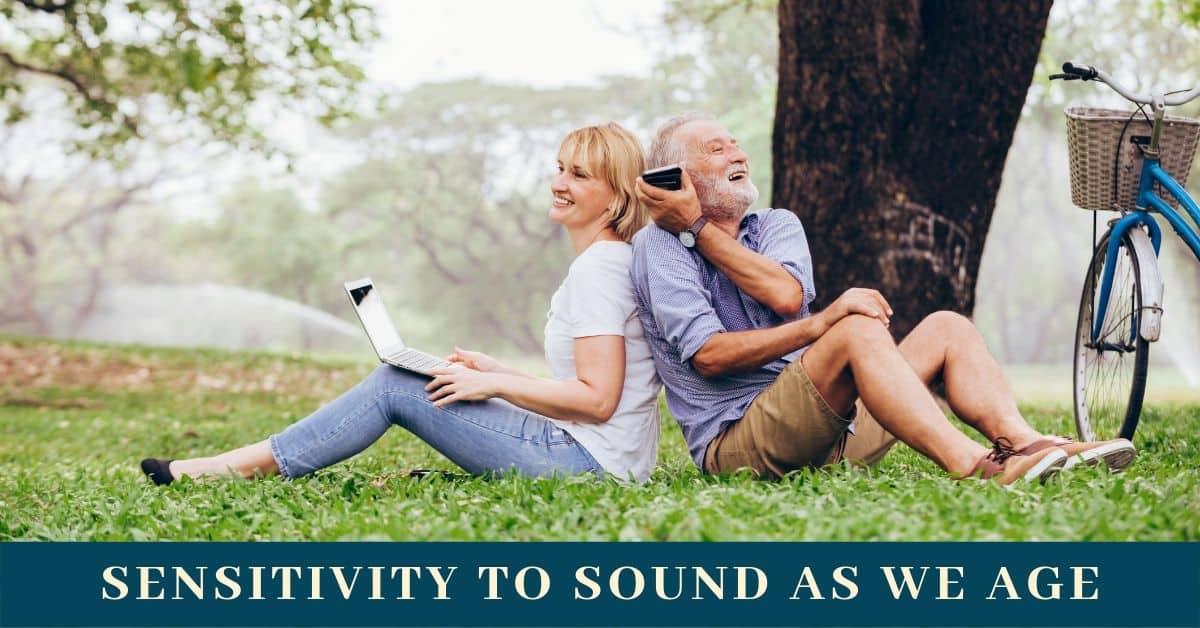 As much as many of us wish it wouldn’t, time marches on and things change. And, as hard as we resist, we change, too. It takes longer for us to do things, it takes longer for us to recharge, we sleep a little longer and wake up earlier. Foods affect us differently and things that didn’t bother us before, like certain sounds, seem to bother us now. It’s not your imagination, sounds do affect you differently as you age.

At Desert Valley Audiology, we’re happy to talk to you about your hearing issues and help you solve your hearing challenges. A good start is making sure you have a hearing evaluation each year – and more regularly if you feel your hearing might be changing. Some noise sensitivity issues can be corrected with hearing aids.

Sensitivity to sound as we get older is common with individuals that are also experiencing hearing loss, but it can also occur with older normal hearing individuals. Some people become so sensitive to sound they can barely tolerate what many would consider a normal level of sound.  Hearing aids can take care of a lot of this discomfort because they have sound processors inside and they automatically modulate sound. New hearing aid models can adjust almost instantaneously to an unexpected loud noise like a gunshot or a door slam.

Have you been somewhere with an older person, and as you start talking they ask you to speak up, but then a short time later complain you are talking too loudly. They are likely suffering from loudness discomfort.

As we age, the tiny hair cells and nerve fibers in our inner ears begin to deteriorate. Studies have shown that a reduced blood flow, which occurs as we get older, causes changes in our ears. Some of the changes happen because of prolonged exposure to loud noises or it could be a combination of factors. Once the cells are damaged, they do not recover. We notice first changes should ranges like the high range. This would include children’s voices as well as the higher voices of some women.

An article published in the Journal of Neuroscience said a study examining the auditory cortex of individuals in their 20s and their 60s discovered they were different.  Researchers believe these changes explain why some individuals develop an oversensitivity to sounds.

As we get older, we may experience issues with separating background noise from sounds which we are trying to hear. Perhaps your friends have commented that you seem to be having attention span problems. Scientists monitored the brains of adults between the ages of 18 and 31 and also adults between 60 and 70. Each group was given a listening task and the younger group was able to pinpoint a specific sound and listen to it while the older group could not. The younger adults were barely affected by what the older adults called distracting background noise.

One of the biggest problems, according to older adults, was processing a conversation with background noise around them. Part of the issue is hearing loss, but new studies also show the brain’s ability to filter out specific sounds with background noise does change as we age. Researchers say one reason is that the brain synchronizes with the specific speech rhythms. Monitors were attached to study participants to chart brain and neural signals, the signals in the older adults’ brains fired in a pattern to match the background noise which they were processing and that limited their abilities to concentrate on a single target noise.

Researchers had two theories as to what caused the concentration issue. One was that hearing loss leads to a decline in the brain’s ability to filter out noise and process certain sounds. The other is that the actual sound processing in the brain changes. Sounds that seem the most distressing to those who have sound sensitivity would be high-pitched sounds like smoke and carbon monoxide alarms. Although individuals have also reported sensitivity to sounds the clanging of silverware or pots and pans, clapping and children screaming.

There is no reason to leave your hearing loss untreated! Our friendly team is ready and able to help you with your hearing problems. If you suspect you have hearing loss or are beginning to find some sounds are annoying and they didn’t used to be, it’s time to call Desert Valley Audiology for a hearing evaluation.