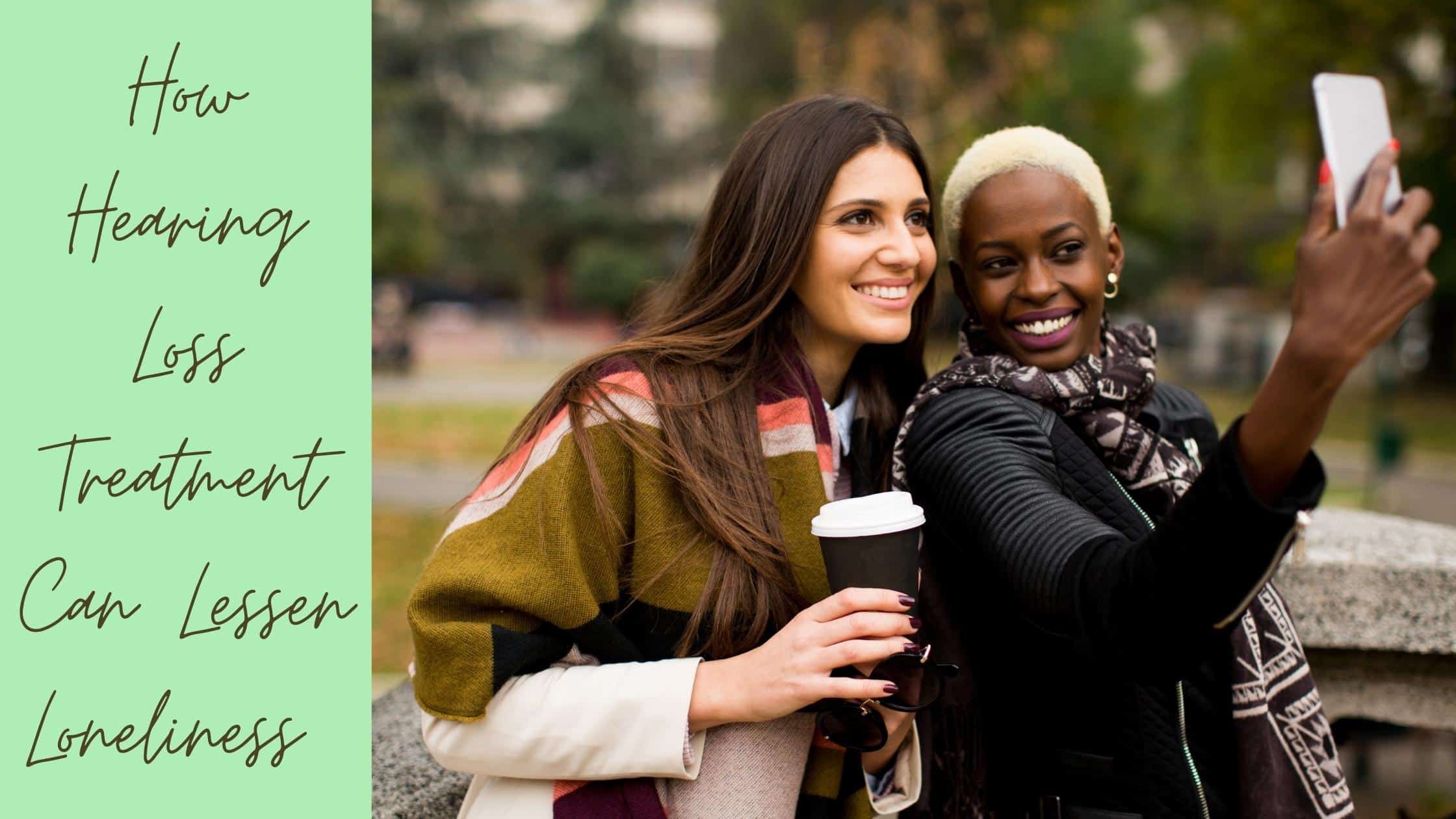 2020 will be remembered as a year like no other. With millions around the world practicing social distancing, wearing masks in public and limiting contact to slow the spread of COVID 19 there have been major consequences. Despite making the effort to keep yourself and others safe, social distancing has most likely contributed to at least a little loneliness.

It’s important to remember that you are not alone in this feeling. Even before the pandemic it has always been a mental and subsequently physical health risk to become self-isolated and lonely. Loneliness is now considered as dangerous as smoking 15 cigarettes a day, and is linked to a number of negative health conditions. This is particularly an issue as you reach your senior years and especially if you suffer from hearing loss.

It’s important to understand that loneliness is the feeling of being alone, regardless of how much social interaction you have. This illuminates the importance of connecting over old friendships or shared interests.  Loneliness and social isolation especially in older adults are serious health risks which have been associated with many physical and mental issues including a higher risk of developing dementia early or at all.

While loneliness can strike at any stage of life it is especially more prevalent during this pandemic, with the population most at risk, 65 and older. A 2020 report from the National Academies of Sciences, Engineering, and Medicine (NASEM) found that over one-third of adults aged 45 and older feel lonely, and nearly one-fourth of adults aged 65 and older are considered to be socially isolated.

For seniors this could in part be due to factors like living alone, the loss of family, chronic illness or lack of mobility. Researchers find that social isolation raises the risk of heart disease by 29% and increases the risk of experiencing a stroke by 32%. This may be in part because people who are less socially active are likely to suffer from depression and be less physically active as well. Even more alarming, studies have found that people who suffer from loneliness for years have a 50% higher chance of developing dementia.

One of the greatest factors affecting 1 in 3 seniors once they reach 65 is hearing loss. Hearing loss often starts slow so you may not realize you are dealing with it for years. By then you may constantly have to ask the people in your life to repeat themselves and built-up resentment in your relationships due to constant miscommunications. You may find yourself pulling away from the people closest to you, as it becomes exhausting to hear and strain through conversation. When even casual conversations become exhausting it is all too easy for people to self-isolate rather than struggle to hear. As this goes on for years, it can have devastating consequences. A study from the Netherlands estimates that every decibel drop in hearing ability increases odds of becoming severely lonely by seven percent and that’s just for people under 70!

Connection between loneliness and cognitive decline

While researchers are still finalizing their research around cognitive decline and hearing loss there are many theories which deserve attention. It is understood that hearing loss increases the likeliness of loneliness. When people avoid social situations for years or even decades the brain becomes less stimulated. Like our muscles, if the brain is not used it becomes less sharp and in fact can shrink. This is called brain atrophy and significantly raises the risk of suffering from cognitive decline and dementia. In addition, loneliness caused by hearing loss raises our stress hormones and also inflammation, which both have been found to increase the likeliness of developing dementia.

Deal with your hearing loss now!

While hearing loss is often irreversible it can be effectively treated with hearing aids or cochlear implants. These devices amplify the sounds around you which you may not be able to hear without and send them to your inner ear to be processed much more easily by the brain. Treating you hearing loss has been found to lower the risk of dementia by 18%! It also reduced the risk of being diagnosed with depression by 11%. If you feel like you have been struggling with hearing loss recently don’t let it get to a dangerous point.

The longer it goes ignored, the worse side effects can become. Make an appointment with us to have your hearing tested today and get back to enjoying the life you love!